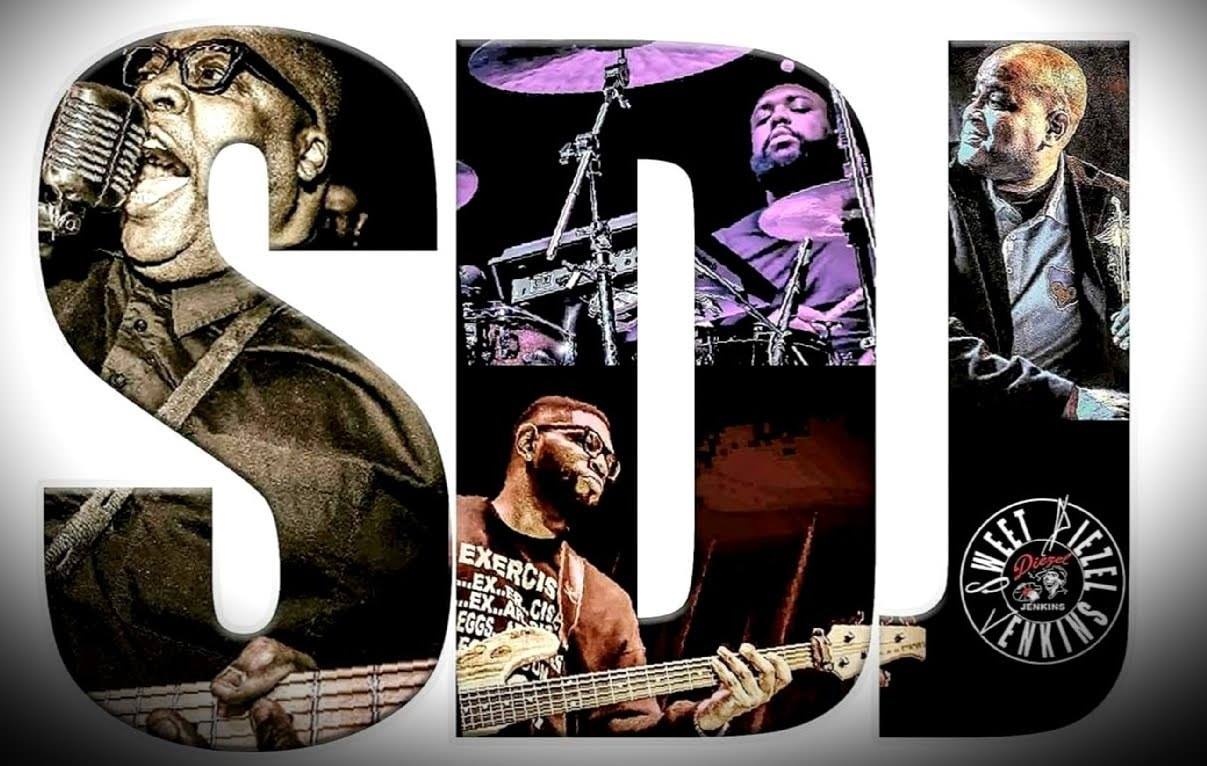 Greg Fulton (formerly of Cyclone Temple and Znowhite) left Chicago and his band “Rebels Without Applause” for Memphis in pursuit of a fresh start and a new life. As a creature of habit, he played in smoky bars and juke joints until the day he met Simon Sunchess, a local club record producer. Sunchess and the deal he offered seemed legitimate at the time, but Fulton soon realized that it was all smoke and mirrors. After months of dodging Sunchess and his offers, Fulton realized that he no longer wanted to stay in Memphis. Fulton returned to Chicago and as soon as he hit the city limits, he began making phone calls and putting together the hottest band he could find… Sweet Diezel Jenkins. With the new band set and the plan in motion, Sweet Diezel Jenkins mashes up hits of yesterday and today, adding a heavy hand of backyard feel good party vibe with a dash of gritty juke joint smoky goodness. Using a range of artists from Usher and Kings of Leon, to the Stones and James Brown, the Sweet Diezel Jenkins blueprint was brought to life. It’s gonna be a party y’all!